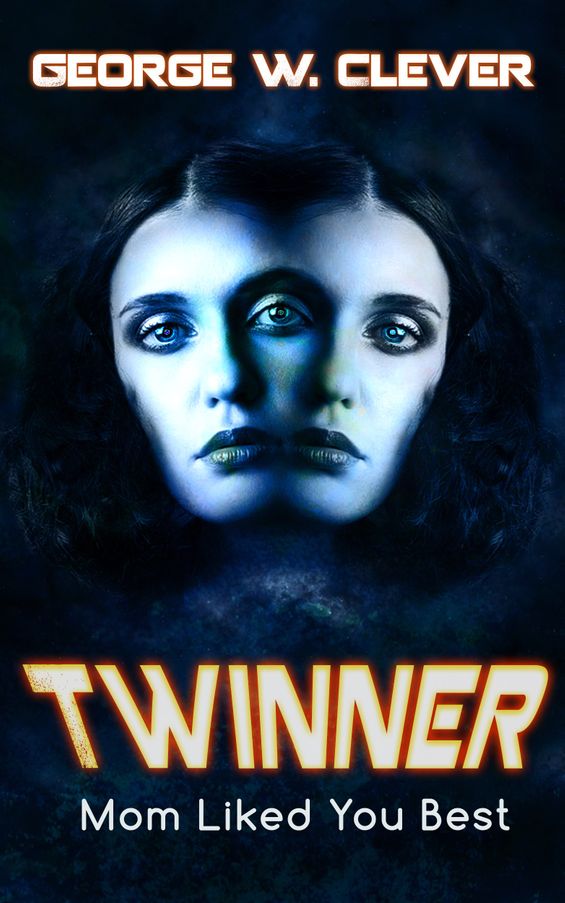 Twinner Temple, Texas Daily Telegraph headline: Author Fred Fonsworth freed from State Mental Hospital. Judge Melissa Runner confirmed Fonsworth was under house arrest at his home while investigators seek evidence for murder indictments in the death of his wife and mother-in law. The success of his first novel, Words Can Kill, made Mister Fonsworth very wealthy. It is rumored a sequel to his first novel is being written in his confinement. An insider has revealed current weapons smuggling concerns of the Temple City Police are the focus of his new novel. The book features the adventures of Private Eye hero, Mike Dunmore, from the Words Can Kill novel. Judge Runner expressed concerns, off the record, about Fonsworth’s mental state commenting; ‘Will he kill again before we find evidence to convict, or is his delusional condition cured?’ 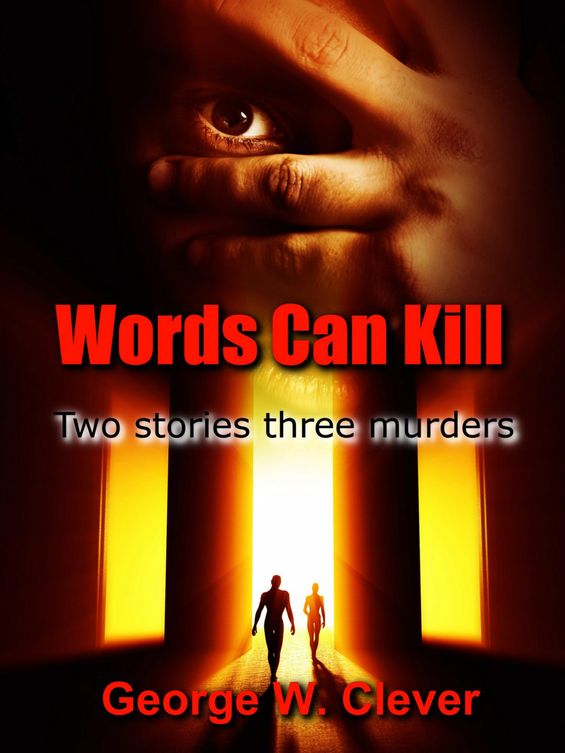 What happened to the children who were smuggled into the country on buses from Mexico and Central America? P.I. Mike Dunmore will find out in the Clever mystery novel Words Can Kill. His psycho/thriller/mystery novel is two stories in one book. The writer in the book, Fred Fonsworth, finds a computer icon promising he will be able to write forever. It is a gift and a curse leading to murder. All of the George W. Clever books are available at http://www.amazon.com 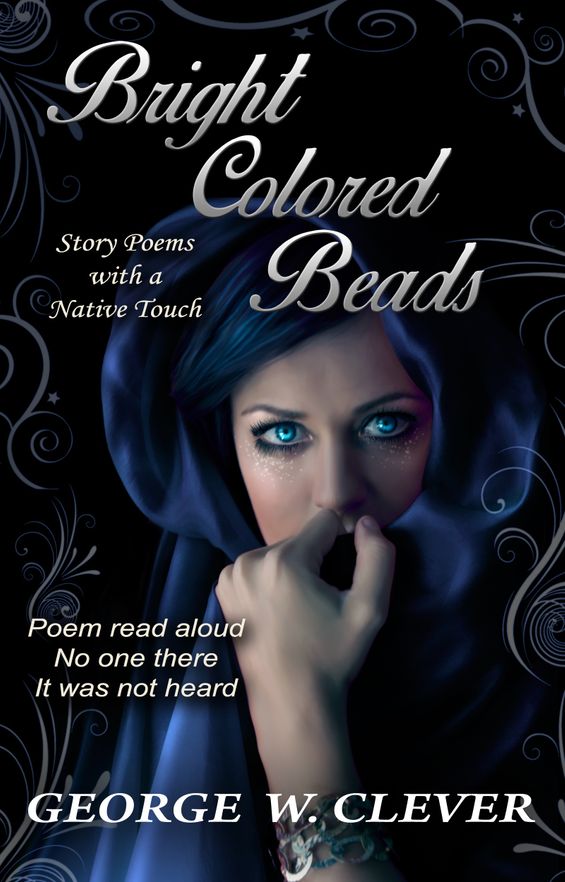 Bright Colored Beads is a collection of 101 contemporary poems with a Native American touch remembering Delaware Indian (Lenape) tribal history and the challenges of walking in two worlds today. Indian singing is poetry set to music of the flute and drum. This is a 222 page book encouraging the reader to interact with the poet by writing in the book as they respond to poems read. 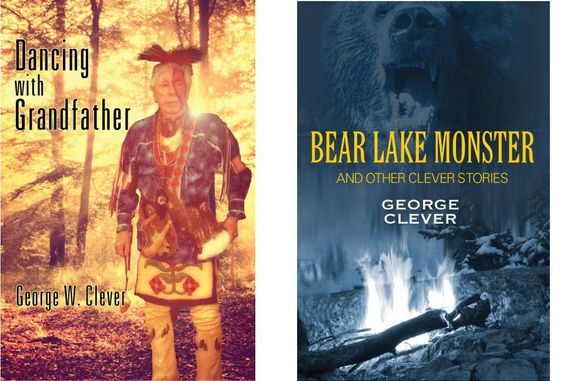 The books Dancing with Grandfather and Bear Lake Monster and Other Clever Stories are now available now at: Amazon, Barnes and Noble and Outskirts Press ......................... 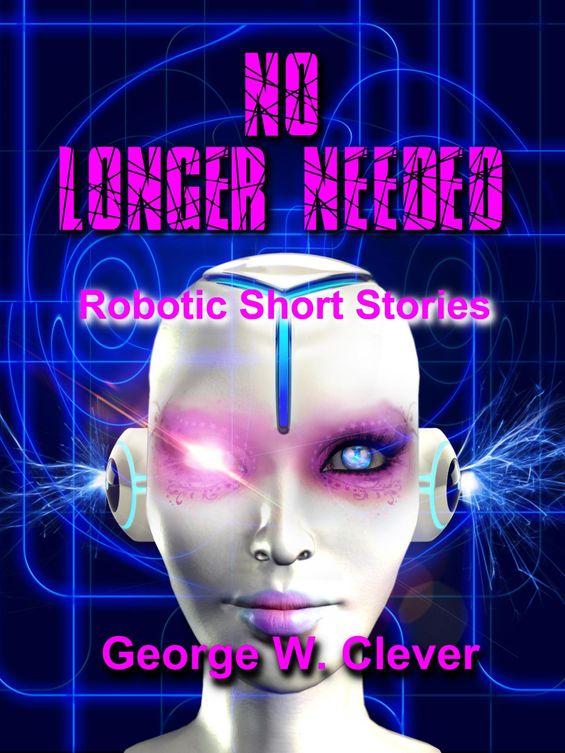 Now Available on Amazon (Create Space) ! Humans can create robots who look like humans only stronger, faster, smarter and self-reproducing. They may even give the robots human emotions, compassion, feelings, and even love. The question is, should we do this? If humans create humanoids with all of the above features, would they have a soul? If these humanoids have a soul, should they also be given free will to make their own decisions that are by nature of the human creator, flawed with the possibly of doing evil? If the above is the future, would humans have to compete with the humanoid robots? If all of the above comes true, would the robots really need us? Phyllis and Clarence chose a robot baby to avoid the mess of a human one. How were they to explain sex to their teen robot daughter? In another story, a robot in the operating room has the wrong software and begins to build Ford Motor parts in patients. Perhaps you have already been replaced by robots at your job. The dental workers thought it would never happen to them, but it did. 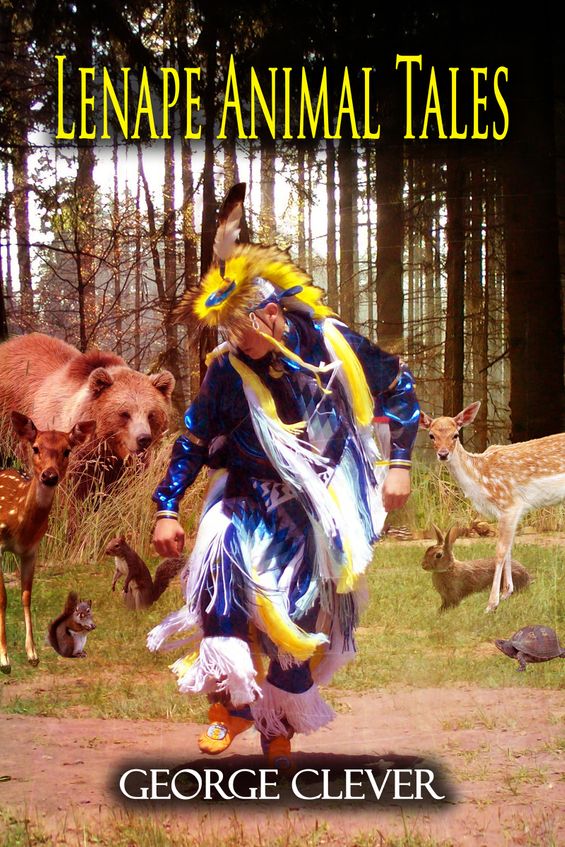 Lenape Animal Tales is a collection of folktale stories of the Delaware (Lenape) Indians. Would you like to know why dogs sniff each other’s butts when they meet? Ever wonder why dogs hate cats who hate dogs? If animals can talk to each other do you wonder why they can’t or won’t talk to you? Did you know butterflies once could sing? Is it hard for you to keep a secret? The Owl knows why. The Lenape (Delaware Indians) know and you can too. The animals will teach you in these stories. “You must behave while you read these stories or the Naked Bear will eat you!” 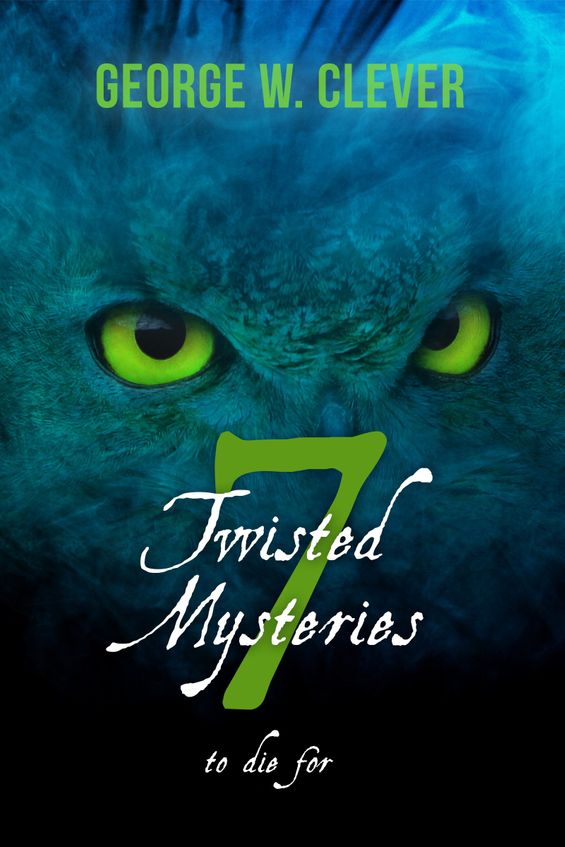 Seven serial dreams or twisted nightmares Why are these mysteries twisted? Who dies or could die in the story? If I answer your questions would there be any reason for you to read the book? I think not. Maybe it is the author who has a twisted sense of humor? Perhaps each of the seven mystery stories will leave you screaming for a different ending? This I will guarantee, the next time you enter and elevator, try on a Halloween costume or take in a roommate you will be very careful, very careful indeed. 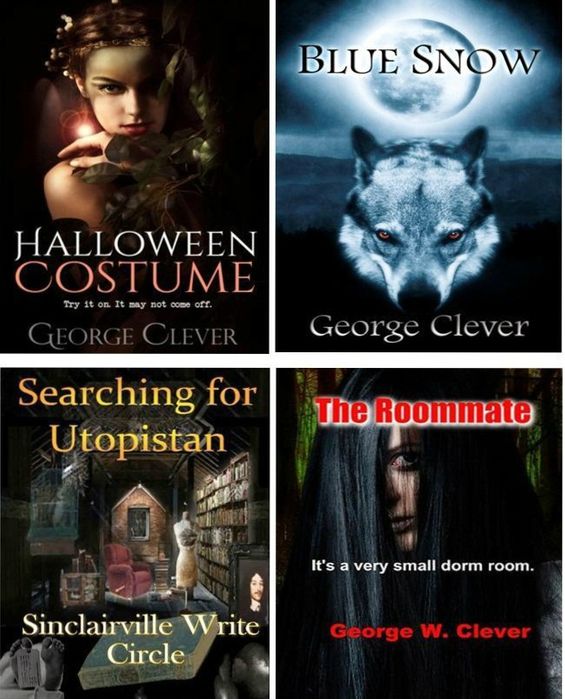 The library is hiding a murderer years after an elderly man died in a locked and unheated attic over a holiday weekend. Why was he there? Who locked him in the attic? It will take “wannabe” pair of Ghost Busters and Professor Garnett to solve the crime when they are surrounded by women and children with flaming orange hair, all cursed with an early death.

George Clever has a mind brimming with questions about life, about the direction in which civilization is heading and disguises these ideas with imagination.

I love the new jacket cover - the picture is great. And I can't wait to order and read the Twisted Mysteries!

Another great short story. From your biggest fan.

George, love the poems and always loved the art, I've started my own business and would love to do your shirts again. Dennis formerly from Star Printed Graphix.

Here is my Facebook page it has all my contact information and examples of some of the stuff I can dowww.facebook.com/artdendesigns my number is 716-377-7500

Hey Dennis,Good to hear from you. I have worked up new designs for this year and now can see the shirt as it would appear on line. contact me

Dear George,I recently finished reading your poems in Dancing with Grandfather and I love them. Thank you. Am ordering Lenape Animal Tales today! Love, Rosie

Hey George, way to go. I like your site. Proud to know you. Rell

Creepy music man or girl. Hey could you go on simple site fashiondiva.com. Thats mine hope u like my'n.

That's awesome, George. Hopefully something good will become of it. I'm so excited for you.

Hey Tracy,Thanks for the info on the www.clearlightbooks.com.I called the publisher in Santa Fe, NM and he was interested in my new book Lenape Animal Tales.

I have my favorites but all are a great read. Your biggest fan.

Can you only get you book from ordering from Amazon?

The two current books are available at Barnes and Noble, Outskirts Press on line or as a Kindle Ebook

George, are your brothers in some of your books?

Yes, both brothers are in the hunting chapter with a picture and are in other Bear Lake Monster book stories.

Nice blog page! Love the beats playing in the background

So excited to have found your site. You are truly a gifted spirit ~ much wisdom to share !!! We are looking forward to viewing your beautiful art at library.

Mr. Clever, My Daughter sent your site to me. I am an enrolled member of the Western Delaware Tribe of Oklahoma. I am 80+ years and I enjoyed your home page I

Thank you for your kind words. I am an enrolled member of the Eastern Delaware Nation. My family and I attend the Delaware Powwow at Copan, Ok every year.

The article in the Sunday Evening Observer on 4/28/13 was great. I am so proud of the work you accomplished.

I loved "Dancing with Grandfather", and cannot wait to get "Bear Lake Monster" love you cousin,, Suzan in Az.

Thank you for the information that you gave me while at the Dunkirk Free Library. I am so excited to really get into writing my book now.

George, your sister Cousin is in a diminished healt period at the moment.I am waiting her to gain enough UMPH, and Strength to read your X-mission. I love it.

Nice blog page! Love the beats playing in the background!